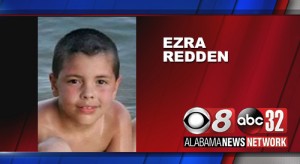 An emergency missing child alert has been canceled, after it was was issued Tuesday evening.  Monday Morning, the agency reported the child was found safely.  Police say Ezra Redden was last seen on June 19th in the area of Hickory Street in Montgomery. The canceled emergency missing child alert did not say where the child was found, or specify what lead authorities to issue the alert on Tuesday.

Montgomery police say they need your help in finding a missing 9-year-old boy.

Police say Ezra Redden was last seen on June 19 in the area of Hickory Street in Montgomery.

If you have any information regarding the whereabouts of Ezra Redden, call the Montgomery Police Department at (334) 215-7867 or call 911.