Arrest Made in Early-Friday Morning Shooting in Tuskegee 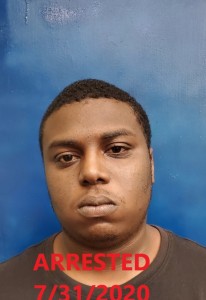 The Tuskegee Police Department has made an arrest in the shooting of Tuskegee resident Shaquille Shepherd, III.

On July 31, around 12:45 am, the Tuskegee Police Department responded to the 200 block of West Martin Luther King Hwy after a call of a person shot. Upon police arrival, officers found that 27-year-old Shepherd with a gunshot wound to chest area. Members of the Haynes Ambulance Service treated Williams at the scene before air-lifting him to East Alabama Medical Center for treatment. The victim is currently recovering from surgery.

During the investigation, Byron Ross, 25, of Tuskegee, was identified as the shooting suspect. Shortly after the incident, Ross was taken into custody by the Tuskegee Police Department’s Patrol and Investigations Division. Ross was charged with Assault 1st degree and placed in the Macon County Detention Facility on a $20,000 bond.