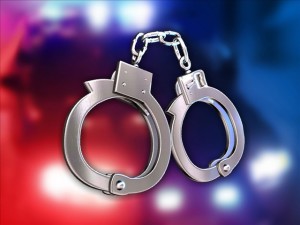 On Wednesday, July 29, Jimmy Allen Monk, 60, of Elmore County, and former PrimeSouth Bank president, was sentenced to 12 months and one day in prison after pleading guilty to bank fraud, announced United States Attorney Louis V. Franklin, Sr., FBI Special Agent in Charge James Jewell, and Special Agent in Charge Kyle A. Myles with the Federal Deposit Insurance Corporation’s Office of Inspector General. Following his prison sentence, he will serve two years of supervised release. There is no parole in the federal system.

According to court records, investigators uncovered Monk’s fraudulent scheme of illegally issuing numerous loans from existing bank client accounts without their knowledge and applying those funds to other loans he was servicing that were past due or at risk of default. This was done to cover up the real status of loans he had approved and to prevent losing his position as President with the bank. For example, in June of 2015, Monk obtained an unauthorized advance of $22,800 from a PrimeSouth Bank loan issued to the Elmore County Economic Development Authority and applied the proceeds of that advance to the unrelated loan accounts of other persons. His scheme took place over the course of at least ten years and resulted in hundreds of thousands of dollars from unauthorized loans, all of which was credited by the bank back to the accounts once the activity was discovered. In addition to his prison sentence, Monk will have to pay $184,195.45 in restitution to the bank and a fine of $20,000.

Monk was charged for the bank fraud on February 7, and he pleaded guilty to the charge on February 20.

“Wealth, power, and privilege is not a license to break the law,” stated U.S. Attorney Franklin. “Monk abused his position of authority and influence within the community and betrayed the trust of those he was supposed to serve. This prosecution should send a message to anyone in a position of power that such abuse will not be tolerated.”

“This type of white collar crime can seriously undermine the public’s trust in our financial institutions,” stated Special Agent in Charge Jewell. “The FBI stands ready to work alongside our state, local, and federal partners to investigate and prosecute these cases and hold the defendants responsible for their actions.”

“The public’s trust in the FDIC to supervise and regulate the nation’s financial system is paramount to a stable economy,” stated Special Agent in Charge Myles. “Today’s sentencing reinforces the public’s intolerance for those who threaten that stability by violating their fiduciary oath for personal gain.  Our office’s collaboration with the FBI and the U.S. Attorney’s Office represents the government’s commitment to pursue and prosecute those who use their power and influence to defraud the financial system.”

This case was investigated by the Federal Bureau of Investigation (FBI) and the Federal Deposit Insurance Corporation’s Office of Inspector General, with assistance from the Alabama Attorney General’s Office. Assistant United States Attorneys Alice LaCour and Thomas Govan prosecuted the case.