Congressman John Lewis was a fixture at the annual Bridge Crossing Jubilee in Selma. He used his influence — to support the effort to commemorate Bloody Sunday — and the Selma to Montgomery marches. 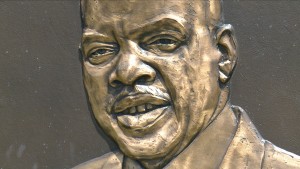 Lewis rarely missed an opportunity to attend the Jubilee over the years. His iconic stature helped grow the event into one of the biggest annual civil rights events in the country.

Sam Walker is the Co-coordinator.

“National leadership brings in the national media which helps to spread the word about what you’re trying to do,” Walker said.

Lewis brought members of Congress to the event each year. They’d attend Sunday service at Historic Brown Chapel Church — where Lewis would share his memories of Bloody Sunday. Then he’d lead them on a march across the Edmund Pettus Bridge.

“Congressman Lewis had some special contacts. And could persuade his contacts to come to Selma. And sometimes they would meet him in Selma. Sometime they would come with him to Selma.

Lewis’ passing leaves a void in voting rights leadership — that some say will be difficult for one person alone to fill.

“John Lewis had a connection that very few people are going to have — through his personal participation and involvement in the marches,” said Rev. Leodis Strong.

“I don’t know of anyone whose going to have those kind of credentials. We overlook the team concept of leadership. We need a team of leaders to submerge their individual personal egos.”

“It’s going to take a collective effort from all the people that are still around to come forward and work together you know,” said Walker.

The annual Bridge Crossing Jubilee commemorates Bloody Sunday, the Selma to Montgomery marches — and the signing of the Voting Right Act.