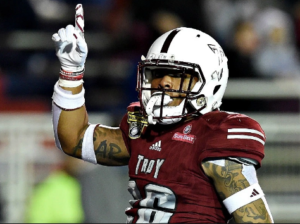 The Sun Belt Conference will keep its eight-game league football schedule and allow its members to play up to four non conference games this season.

The conference’s 10 members had 12 games scheduled against Power Five conference opponents, but with those leagues eliminating almost all of their nonconference games, Sun Belt schools have lots of holes in their schedules.

The conference said it plans to start playing league games over Labor Day weekend and members can begin nonconference games as soon as Aug. 29.

Texas State already has announced it has moved its home game against SMU in San Marcos, Texas, to Aug. 29.