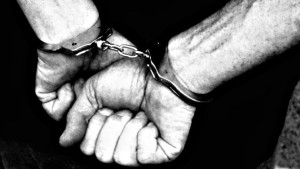 On Tuesday, August 4, Johnathan Earl Chappell, 31, of Montgomery, was sentenced to over 5 years (70 months) in prison after pleading guilty to a federal firearms charge, announced United States Attorney Louis V. Franklin, Sr. Chappell was also ordered to serve three years of supervised release after he completes his prison sentence. There is no parole in the federal system.

According to court records, on October 4, 2017, deputies from the Montgomery County Sheriff’s Office encountered Chappell and two others standing beside a vehicle on the side of the road. After approaching the vehicle to ask if assistance was needed, the deputies detected a strong smell of marijuana coming from the vehicle. When they searched the vehicle, they found three handguns and discovered that Chappell and one of his companions had outstanding warrants for their arrest. Chappell admitted to law enforcement that one of the firearms belonged to him although he has a previous felony conviction and is prohibited from possessing a firearm.

Unknown to the deputies at the time of their encounter, the Montgomery Police Department had developed Chappell and his two acquaintances as suspects in a robbery that occurred the day before.

On September 11, 2019, Chappell was indicted by a federal grand jury for being a felon in possession of a firearm. He pleaded guilty to the firearms charge on January 27.