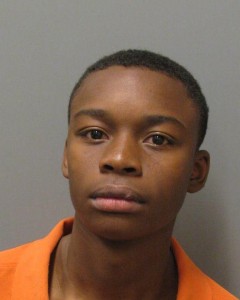 The Montgomery Police Department has charged a suspect with the Homicide of Jamar Harris, 18, of Montgomery, who was fatally shot on August 6.

On Thursday, August 6, around 6:30 pm, MPD and Fire Medics responded to the 2200 Block of Woodley Square West in reference to a subject shot. At the scene, contact was made with Harris who sustained a life-threatening gunshot wound and was pronounced deceased on the scene.

MPD charged Quinterrius Norman, 19, of Montgomery, with Murder. Norman was identified as the suspect, taken into custody on August 7, and then placed in the Montgomery County Detention Facility.

The circumstances surrounding the shooting are unknown however, Norman was identified as a suspect. There is no additional information available for release in connection to this continuing investigation. This will be the 40th Murder of 2020.