Very Hot Through the Weekend

TODAY & THROUGH THE WEEKEND: The upper-ridge builds back over the region as we roll into the weekend allowing for hotter afternoons and continued low rain chances. For today, under a sky with more sun than clouds, temperatures will be climbing into the mid-90s across much of South/Central. Afternoon showers and storms will remain few and far between as rain chances are generally less than 10% today. Not much change as we roll into the weekend with mainly sunny conditions expected, highs both Saturday and Sunday will be in the mid to upper 90s for most communities across South/Central Alabama. Rain chances both days look to remain under 10 percent.

IN THE TROPICS: All is quiet, with no areas of concern the next five days. We will see an uptick in activity in the coming weeks as the African wave train really gets going and we head deeper into the season. The climatological peak of the Atlantic season is September 10th-11th. 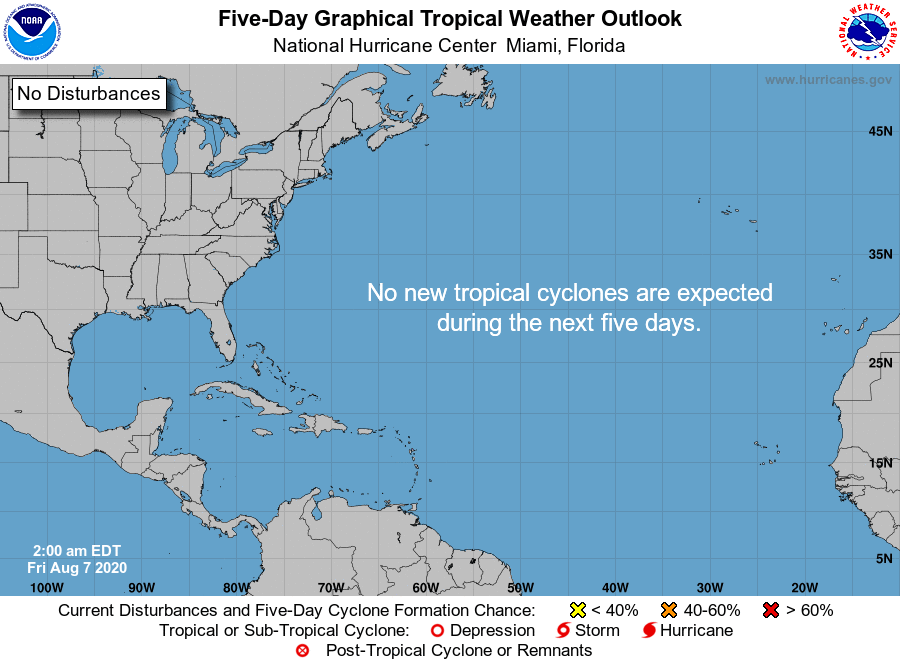 INTO NEXT WEEK: Moisture levels rise next week and we will see the return of random, scattered, mostly afternoon and evening showers and thunderstorms most days. Rain chances should be in the 30-50% range, it will remain hot and humid with highs in the low to mid-90s; which are right at seasonal averages for mid-August in Alabama.

Stay cool, wear a mask, have a fantastic Friday and a wonderful weekend!!!
Ryan

Beta Forms In The Gulf; Fall-Like This Weekend

Cooler This Weekend; Watching Tropical Depression 22 In The Gulf