“Mr. Sandman” Facing 20 Counts of Sexual Abuse of Child Under 12 in Blount County Along with Montgomery County Charges 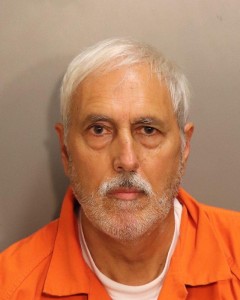 “Mr. Sandman” has a new list of charges against him. Mr. Sandman Mattress Store owner, David Justice, is facing 20 counts of Sex Abuse of Child Less Than 12 Years old and one count of Sodomy 1st degree in Blount County.

Justice was released from Montgomery County Jail after posting a $60,000 bond after being charged with two counts of Sex Abuse of Child Less Than 12 Years old. He was then transported to Blount County Jail. He is being held without bond until his bond hearing on Tuesday, August 11.

Court affidavit says Justice admitted to touching a young girl’s genitals both under and over her clothing at least 20 times over the course of two years. The victim was 8 years old when it started.

The victim in the Blount County and Montgomery County charges is the same child.

Bailey also says Justice is a flight risk and he poses a danger to the community, particularly to children. The state is also asking that he surrender his passport and be ordered to wear an ankle monitor while on bond.