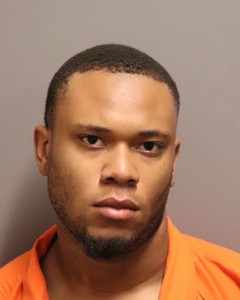 Rankins was shot to death on January 23, 2020. On that day at about 3 PM,  MPD and Fire Medics responded to the 2300 block of Stella Street in reference to a subject shot. At the scene, they found a crashed vehicle. Inside the car authorities located, Rankins, the driver, who had sustained a fatal gunshot wound and was pronounced dead at the scene.

The initial investigation indicated that the shooting happened in the 2100 block of Stella Street and the victim fled the scene before crashing in the 2300 block.

Taylor was identified as a suspect and taken into custody on August 14, 2020 by the United States Marshals Task Force. MPD charged Bakari Taylor with Capital Murder. He was then placed in the Montgomery County Detention Facility.

The circumstances surrounding the shooting are unknown.