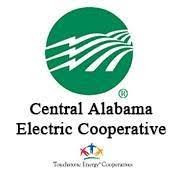 According to Chilton County Coroner Aaron Ellison, Hodge was struck by another CAEC vehicle in the work yard. He was pronounced dead on the scene.

The Chilton County Sheriff’s Office is investigating the accident.

CAEC says they will provide grief counseling to employees. They also are grieving with the Hodge family.