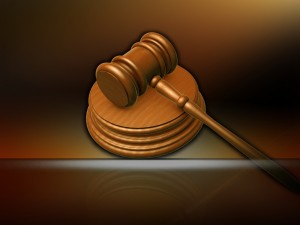 On Tuesday, August 11, a federal jury convicted Kemond Jareuz Fortson, 35, of Montgomery, for being a felon in possession of a firearm, possessing methamphetamine with intent to distribute, and possessing a firearm in furtherance of a drug trafficking crime, announced U.S. Attorney Louis V. Franklin, Sr.

The trial evidence showed that, on October 31, 2017, the Gulf Coast Regional Fugitive Task Force went to an apartment in Montgomery to serve convicted murderer Fortson with an arrest warrant for a probation violation. Inside the apartment, they found Fortson and his girlfriend, along with nearly 40 grams of methamphetamine all over the floor, into the bathroom, and in the toilet. Agents also discovered a digital scale, a large black gun case, and a set of car keys. Agents then obtained a search warrant for a car and found a loaded AR-15, around 40 more grams of methamphetamine, another digital scale, plastic bags, and a Ruger 9mm pistol in the trunk.

Following these convictions, Fortson is facing a sentence of five years to life in prison. His sentencing hearing has been scheduled for December 9. There is no parole in the federal system.

“Guns and drugs are a deadly mix, it’s like storing gasoline next to the fireplace” stated U.S. Attorney Franklin. “At the time of this offense, Mr. Fortson had been convicted of one violent crime and was a fugitive from justice. Apparently, Mr. Fortson decided that his latest criminal act would be using and carrying a firearm while distributing narcotics. The only reason dealers use and carry firearms is to protect their product, protect their money, and protect themselves, without any regard for the safety of others. My office places a priority on ridding our communities of violent offenders that refuse to obey the law, and I am grateful to the jury for their verdict in this case.”