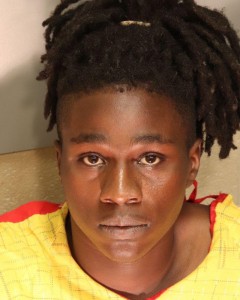 The Montgomery Police Department has charged La’Vonte Brisker, 22, of Montgomery, with the murder of Aaron Albright. Albright fatally shot on August 14 was 24-years-old.

On Friday, August 14, around 11:18 a.m., police and medics responded to a call of a person shot. The shooting occurred in the 4900 block of Plaza Drive.

At the scene, police located Albright with a fatal gunshot wound. He was pronounced dead on the scene.

Two other victims were injured during the shooting.

The circumstances surrounding the shooting are unknown at this time but Brisker was identified as a suspect. He was taken into custody on August 17.