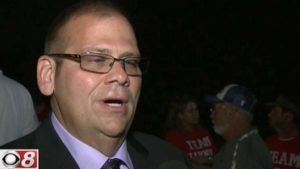 The mayor of Tallassee has been charged in a road rage incident. Mayor Johnny Hammock and Keazanni Spencer, 20, have both been charged with a misdemeanor as a result of the incident. The incident happened on July 5.

The mayor’s wife told a judge Friday that Spencer’s blue sedan was driving erratically, passed her, then later pulled in front of her and an occupant got out and cursed at her. Spencer said she then encountered Hammock driving his wife in a pickup truck about 20 minutes later. She said he cursed at her and threatened to have her jailed.

The Hammocks’ attorney disputed the allegations.