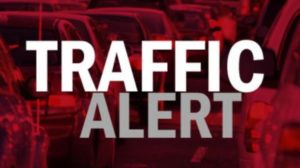 Both southbound lanes of Interstate 85 are currently blocked near mile marker 17 near Pike Road.

Two separate wrecks are the cause for the slowdown.

Col. Jon Briggs with the Montgomery County Sheriff’s Office says the hazmat team was called to the scene to clean up diesel fuel that was spilled.

Drivers involved in the wreck only received minor injuries.