A crowded field of twelve candidates in the Selma mayor’s race — has now been whittled down to the top two candidates — from Tuesday’s municipal election.

The municipal election ended with a runoff in the mayor’s race — between James Perkins, Jr. — and Miah Jackson. That means there will be six more weeks of campaigning — before voters get to choose the city’s next mayor. 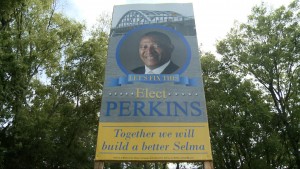 Perkins was the only candidate in the race — with mayoral experience. He was elected the city’s first black mayor in 2000 — and reelected in 2004. He was the top vote getter in the mayor’s race — with more than 44 percent of the vote.

“The people sent a message that they really recognize that going back and electing James Perkins is not going backwards but it is actually going forward with a fresh vision and agenda,” he said. 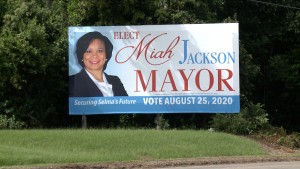 Jackson made the runoff with more than 28 percent of the vote. She’s served one term on the city council — representing Ward 3. She’s also the wife of Dallas County District Attorney Michael Jackson.

“We’re really excited to get our message out, to make the voters aware of the possibilities and the visions and opportunities we have with a campaign for Miah for Mayor,” she said.

The municipal election runoff is Tuesday, October 6th. It’ll include runoffs for city council president as well as four seats on the city council.