Update: Football Game Between Jeff Davis and Lee Will Be Played As Scheduled 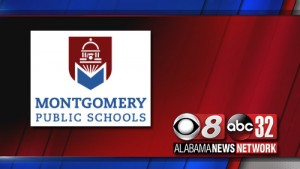 Friday’s football game between Jefferson Davis and Lee high schools will take place on Friday as scheduled, despite a Lee player testing positive for COVID-19.
A spokesperson for Montgomery Public Schools says that after fully investigating the contact between the Lee football players, MPS officials determined the player who tested positive and those who were in close contact with the player will be isolated and/or quarantined.
Tuesday afternoon, Jeff Davis Athletics posted on Twitter that the game had been canceled, but did not say why. The tweet was later deleted.
MPS later revealed the positive COVID-19 case and said that contact tracing would be conducted before a decision would be announced on the status of the game.
Categories: High School, Montgomery Metro, News
Tags: coronavirus, covid-19, jefferson davis high school, Lee High School, montgomery public schools