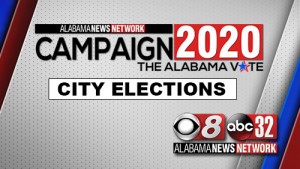 In the aftermath of Tuesday’s city elections across Alabama, several mayoral races in our area will be heading to a runoff on October 6.

Runoffs are needed when a race ends without a candidate receiving a majority of the votes. The top two finishers will move to the runoff with other candidates in a race eliminated from moving forward.

Because the mayor’s race in Selma had 12 candidates, it was almost guaranteed that no candidate would finish above 50%. The two candidates moving on are James Perkins, Jr., who had 45% of the vote, and Miah Jackson, who had 29%. Perkins is a former Selma mayor while Jackson is currently on city council.

In Tallapoosa County, the mayors of both Alexander City and Dadeville find themselves in runoffs after each of them finished second on Tuesday night.  In Alexander City, challenger Curtis Wood “Woody” Baird had 49% of the vote to Mayor Tommy Spraggins 48%. In Dadeville, challenger Jimmy Frank Goodman Sr. had 49% to Mayor Wayne Smith’s 38%. Both of the mayors were in three-way races.

In Tuskegee, Mayor Tony Haygood received 47% of the vote, forcing him into a runoff with Rozell Chappell, Jr., who had 32%.

There is also a runoff in the Union Springs mayor’s race, featuring two city council members who hope to replace Mayor Saint Thomas, who didn’t seek re-election. Roderick Clark finished with 46% of the vote to Stan “Chilly” Cooks’ 32%.

While the majority of local mayors won re-election, two in Marengo County in West Alabama were defeated.  Demopolis Mayor John Laney finished third, with 11% of the vote. Challengers Aliquippa Allen had 41% and Woody Collins 40%, which means those two will meet in the runoff.  In Linden, Mayor Charles Moore had 47% of the vote in his defeat to Gwendolyn Rogers who finished with 53%.