Incoming mayor and at least four of the city's five council members are not part of city's current leadership.

The city of Valley Grande will have a new mayor — and could have a whole new city council after a runoff for the last remaining council seat.

David Wayne Labbe was not on the ballot in the municipal election in Valley Grande Tuesday. Nevertheless, he’ll still take over as the city’s mayor — once the newly elected leadership takes office in November. 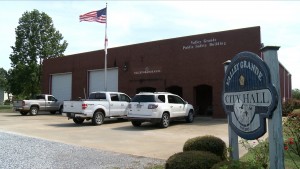 “I was the only one running for the office. So, I was not on the ballot. So, I was a walk in,” said Labbe.

Labbe served one term as mayor of the city back in 2012. And he’s looking forward to the challenge of guiding the city through the COVID-19 pandemic.

“It’s going to be a challenge to get the city started back up, with its ball playing, with the activities that go on in the city. we didn’t even have fireworks this year,” he said.

“It’s going to be a challenge not only for me, but for the council, to get things back on track. And do it within the guidelines that we need to do it in.”

The entire five member city council will be new — if the only remaining incumbent is defeated in the upcoming runoff election.

Still Labbe says what the incoming council lacks in experience — it will more than make up for — with vigor.

“I feel like there’s an enthusiasm there. And I want to use that enthusiasm of the new council members and make sure we move this city the way the citizens want us to,” he said.

Perkins and Jackson Move On to Runoff in Selma Mayor's Race