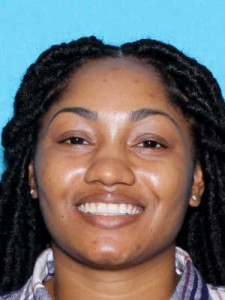 Auburn Police Division says the suspect in the domestic-related shooting earlier Friday is now in custody.

Police say shortly after 4:00 PM, 28-year-old Mary Williams surrendered herself to members of the Auburn Police Division and the U.S. Marshals Fugitive Task Force without incident.

Williams was arrested on a felony warrant and charged with domestic violence in the first degree.

Police say the Auburn resident is a suspect in reference to the shooting that occurred Friday morning at a business on Alabama Street.

Williams is currently in the Lee County Detention Facility on a $30,000 bond.