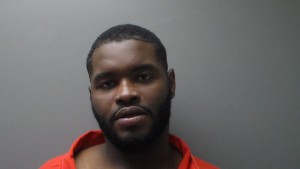 Troy police have made an arrest in a Thursday night shooting where one man was shot multiple time. Christian Marchel London, 24 of Troy has been charged with attempted murder in connection with the shooting that occurred on Banks Street.

London turned himself in to officers at the Troy Police Department within an hour of the shooting. Police say London and the victim knew each other prior to this incident.

Selma Police Officer Indicted for Excessive Use of Force, Obstruction of Justice Given 5 Years Probation