The Wilcox County Sheriff’s Office is investigating a shooting at a race track — that left two people hurt.

Sheriff EArnest Evans says two people were shot Saturday night at Yellow Bluff Dragway — when someone pulled a gun out at the race track — and started shooting. 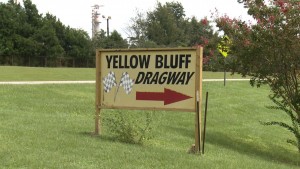 “Two people were shot, a young person about 16 and a young lady about 20. They were shot at the race track,” he said.

Evans said both victims have now been treated and released from the hospital. And the investigation into the shooting — remains on-going.

Evans is hoping someone with information will come forward — that will help investigators bring whoever is responsible for the shooting to justice.

“We’re still investigating the case. The suspect has not been arrested as of yet. We believe they are people from another county.”

Anyone with information that could help investigators — call the Wilcox County Sheriff’s Office at (334) 682-4715.