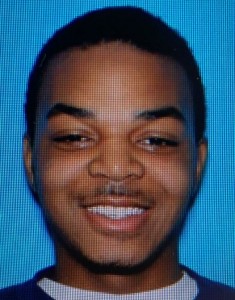 William Rodeshia Stoutamire is wanted by the Opp Police Department regarding an Attempted Murder Warrant.

On August 29 around 03:07 AM, Opp police were dispatched to West Cummings Avenue in Opp to reports of gun shots. When officers arrived on scene, they located a 22-year-old black man with several gun shot wounds.

Officers learned that the suspect, William R. Stoutamire had fled the scene on foot.

The Opp Police Department is seeking the assistance from the public in locating William Rodeshia Stoutamire, age 24, of Samson, Alabama. Stoutamire is wanted for Attempted Murder. He is considered Armed and Dangerous. He is 6’1” and weighs 155 lbs.

If you have any information regarding the whereabouts of William Rodeshia Stoutamire, call the Police or CrimeStoppers using our 24-hour tip line at
215-Stop (7867) or download our P3-tips app. Make sure you receive a tip ID and password in order to dialog with Investigators in case if there is a follow-up question. You may also use CrimeStoppers 800 number at 1-833-AL1-Stop.