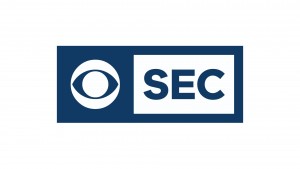 Another exciting year of the SEC ON CBS begins in September

The 2020 SEC schedule is unlike anything in history with the entire league adopting a 10-game, conference-only schedule that will put the best teams from college football’s top conference battle against each other every single week. On Tuesday, CBS announced its initial round of selections for the SEC on CBS Game of the Week, a slate that features special primetime kickoffs for two of the biggest games not just in the conference but all of college football in 2020.

It's almost time for SEC football.
Our 2020 SEC on CBS Schedule: https://t.co/TVg9ib8agq pic.twitter.com/ncDHyykyaa

Alabama will host Georgia at Bryant-Denny Stadium at 8 p.m. ET on Saturday, Oct. 17 on CBS with Brad Nessler, Gary Danielson and Jamie Erdahl on the call. The Crimson Tide will return to primetime action on Saturday, Nov. 17 when LSU welcomes Alabama to Tiger Stadium for a 6 p.m. kickoff.

The SEC on CBS schedule will get started when conference play begins on Sept. 26 with Mississippi State at LSU in the traditional start time of 3:30 p.m. Texas A&M at Alabama (Oct. 3), LSU at Auburn (Oct. 31) and Florida vs. Georgia (Nov. 7) have also locked in featured SEC on CBS spots.

With six games selected across the first eight weeks of the SEC schedule, this advanced planning for the SEC on CBS Game of the Week was done at the request of the conference to assist the schools with logistics given the unique circumstances of a season being played amid the COVID-19 pandemic.

The rest of the SEC on CBS schedule will be finalized with the usual 12- or six-day windows.

All SEC on CBS Game of the Week selections and the 2020 SEC Championship Game on Dec. 19 will be available to stream live on CBS All Access, CBSSports.com and the CBS Sports app with additional game coverage on CBS Sports HQ.