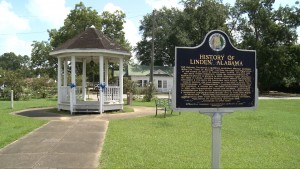 The city of Linden has elected the first black mayor — in the city’s 150 year history.

Rogers says she wants to revitalize downtown — improve the city’s infrastructure — and recruit new business to the city.

“People who know me and know me well, know that I’m going to put 100-percent effort in anything that I do. And whereas there is a lot that I’ll have to learn, I’m willing to put the work in. And that’s the main thing. I’m willing to go out and do whatever I need to do to make sure that I’m successful, and in turn, our town is successful as well.”

Rogers defeated two term mayor Charles Moore. She garnered 53 percent of the vote — to his 47.

“It is something that is historical. And I accept that, and I plan to represent that part of it,” Rogers said.

“But I also want people to know, that I’m going to be a mayor for everyone, not just for this population or that population. I’m here to work for everybody.”