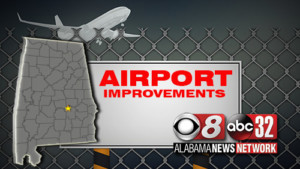 On Tuesday, September 1, U.S. Senator Richard Shelby (R-Ala.) announced that four airports across the state of Alabama will receive a total of $10,109,066 in Federal Aviation Administration (FAA) grants for improvements to airport infrastructure. The grant funding, awarded by the U.S. Department of Transportation (DOT), has been made available through annual appropriations measures, as well as the Coronavirus Aid, Relief, and Economic Security Act (CARES Act) of 2020.

“I am pleased to announce that the FAA is awarding over $10 million to four Alabama airports for infrastructure improvements,” said Senator Shelby. “This funding is significant for the state and will increase economic development opportunities in these communities as well as improve safety at these airports.”

The FAA grants are administered through Fiscal Year 2020 Airport Improvement Program (AIP) annual and supplemental awards.  Additionally, funds provided through the CARES Act serve as the local match for the infrastructure grants.

A total of five grants were awarded in Alabama, amounting to $10,109,066 for the following airport projects:

Plenty of Chances For Rain This Week