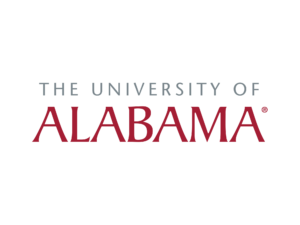 TUSCALOOSA, Ala. (WBMA) — A new executive order will go into effect at 6:01 p.m. on Tuesday, September 8 permitting Tuscaloosa bars and restaurants to begin reopening with limited capacity.

Mayor Walt Maddox issued an executive order to shut such establishments down after a rise in COVID-19 cases in the city.

Mayor Maddox along with the City of Tuscaloosa said the decision came after the release of new COVID-19 case data from The University of Alabama System on Friday.

The city said that the data showed progress in the decline of daily averages since the last report. The original order was put into place on August 24th and prohibited the consumption of alcohol at establishments with a lounge license.

The city said that the new order will be re-evaluated everyday in order to ensure “success for our community.” 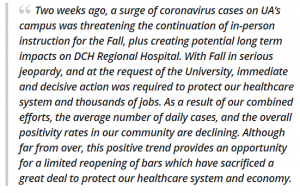 The City of Tuscaloosa also announced that upon the direction of Mayor Maddox, the City’s Infrastructure and Public Services Department will convert the space dedicated to street parking on The Strip to pedestrian right-of-way to allow for greater area outside for those waiting in lines to have the ability to practice appropriate social distancing.