The mayor’s race in a small Lowndes County town — has proven to be the perfect example of the power of the vote.

The race for mayor in the town of Mosses — was decided by a single vote — in the recent municipal election.

“That one vote helped me to be the mayor of Mosses,” he said. 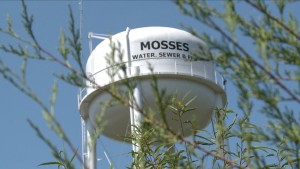 “I know the needs of the citizens here and that’s one reason why I ran. To help make things better than what it already is.”

“One vote can mean the difference in the standards of living not only for the next four years but for years to come,” said Hill.

Hill says the election results clearly demonstrate the power of the vote — in addition to the fact that every vote matters.

“There will be a difference in the ideals of what the different leadership is going to place most of the emphasis on,” said Hill.

“That one vote made a difference. And I’m encouraging people to continue to go out and vote. That one vote will count,” said Bell.

It has a population of about a thousand people.