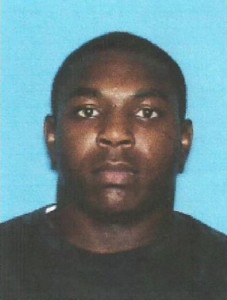 Attorney General Steve Marshall announced that on Friday the Alabama Court of Criminal Appeals affirmed the convictions of Jacory Tyshon Townsend for murder and shooting into an occupied vehicle. Townsend was convicted in Pike County Circuit Court in January 2019 for the murder of Xavier Hykeem Thomas.

The evidence at trial showed that on May 26, the victim was a passenger in a vehicle that was backing into a parking space in Brundidge. As soon as the car had been parked, another vehicle with tinted windows drove up and blocked the vehicle in which Thomas was riding. According to witnesses, Townsend jumped out of the passenger side of the vehicle and started shooting at Thomas’ vehicle. Thomas was later found by witnesses lying in the vehicle. He was transported to a hospital in Troy and pronounced dead due to numerous gunshot wounds.

Pike County District Attorney Tom Anderson’s office successfully prosecuted this case and obtained a guilty verdict. Townsend was sentenced to life imprisonment for his murder conviction and 20 years’ imprisonment for shooting into an occupied vehicle. Townsend sought to have his convictions reversed on appeal.

The Attorney General’s Criminal Appeals Division handled the case during the appeals process, arguing for the Alabama Court of Criminal Appeals to affirm Townsend’s convictions. The Court did so in a decision issued Friday, September 4.

Attorney General Marshall commended Assistant Attorney General Yvonne A. H. Saxon for her successful work on this case.  He also thanked Pike County District Attorney Tom Anderson and his staff for their assistance in defending the murder conviction.