Former Alabama Speaker of the House Mike Hubbard turned himself in to the Lee County Detention Facility Friday afternoon to begin serving his four year sentence. 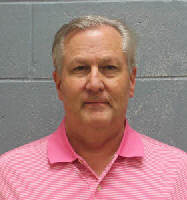 In April, the Alabama Supreme Court reversed five of the remaining convictions against Hubbard, while upholding six others.

When he was convicted in 2016, he was automatically removed from office.