The backlash to the French independent film “Mignonnes,” or “Cuties,” started before it had even been released because of a poster that went viral for its provocative depiction of its young female actors. But the spotlight has only intensified since the film became available on Netflix last week and it has become the target of heightened politicized outrage from members of Congress, including Sen. Ted Cruz of Texas, and others online calling for subscribers to #CancelNetflix. 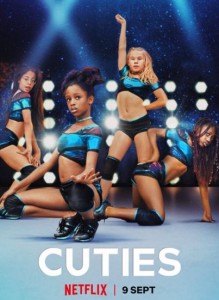 At the heart of the backlash is the idea that “Cuties” is dangerously and irresponsibly sexualizing pre-teen girls, which is what the movie itself is criticizing too. Netflix says in a statement that it is a, “social commentary against the sexualization of young children.”