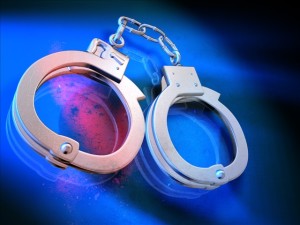 Wetumpka police were called to assist the Elmore County Sheriff’s Office in a vehicle chase shortly after 6 am. The vehicle, stolen from Montgomery, was headed towards Downtown Wetumpka.

Police say a Wetumpka police vehicle and Elmore County Sheriff’s vehicle were both hit during the chase.

The chase ended near Bibb Graves Bridge. After the vehicle stopped, two suspects exited the vehicle and a foot pursuit pursued.

An adult male and juvenile male were both taken into custody. Charges are now pending for the suspects.

Police aren’t releasing the names of the suspects.