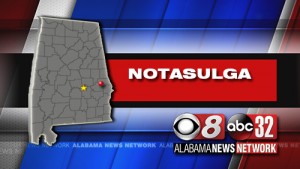 A tense situation for Notasulga police officers last night as shots rang out while responding to a call.

Officials say someone shot in to a car near Lyon Street South just before 8:30 last night. Police say there were people inside the car at the time. There were no injuries.

We’re told while officers were on the scene the suspect came back and then opened fire again, this time on the officers and others at the scene.

No officers were hurt. The suspect ran away from the scene but was later captured and is now in police custody.