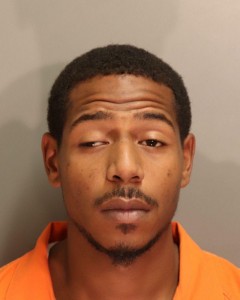 Montgomery police charge Brian Carter, Jr., 27, with Sexual Abuse of a Child less than 12. Police say the incident occurred on August 27, at about 4 a.m., in the 400 block of King Cole Drive.

Carter was identified as the suspect. Police took him into custody on September 24, and then placed him in the Montgomery County Detention Facility.