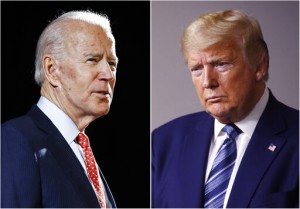 The Commission on Presidential Debates has issued a statement regarding last night’s debate between President Trump and former Vice President Joe Biden. The debate included many interruptions and on several occasions, both candidates were speaking at the same time.

Debate moderator Chris Wallace attempted many times to tell the candidates to not talk over each other when answering his questions.

This is the statement from the Commission on Presidential Debates:

“The Commission on Presidential Debates sponsors televised debates for the benefit of the American electorate. Last night’s debate made clear that additional structure should be added to the format of the remaining debates to ensure a more orderly discussion of the issues.  The CPD will be carefully considering the changes that it will adopt and will announce those measures shortly.  The Commission is grateful to Chris Wallace for the professionalism and skill he brought to last night’s debate and intends to ensure that additional tools to maintain order are in place for the remaining debates.”

This is the remaining debate schedule: