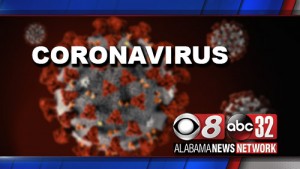 The NFL postponed this week’s game between New England and the Super Bowl champion Kansas City Chiefs after “positive COVID-19 tests on both teams.”

The NFL said the game, originally scheduled for Sunday, will be played Monday or Tuesday, a move that would be possible only if there is no wider spread of the disease on the rosters.

Newton has started all three games for New England. Ta’amu has not appeared in a game but would have spent time in meetings with Super Bowl MVP Pat Mahomes and the team’s other QBs.

Newton’s agent did not immediately respond to a message from The Associated Press seeking comment.

It is the second game this weekend that has been affected by COVID-19. After an outbreak on the Titans, the matchup between Pittsburgh and Tennessee was postponed — originally for a day or two, and then until Oct. 25 as the positive tests accumulated.

To fit it in, the Steelers’ game against Baltimore that day was pushed back to Nov. 1.

The Patriots had been planning to fly to Kansas City on Saturday afternoon. Instead, players left the facility to await further instructions. The team said in a statement that the COVID-positive player has entered self-quarantine and that players, coaches and staff who were in close contact with him were tested Saturday morning and all were negative.

With Newton now unavailable while he quarantines, Brian Hoyer is expected to start in his place. He has been Newton’s backup in each of the Patriots’ previous three games.

How long Newton is sidelined is to be determined.

According to NFL guidelines, for players who test positive and are showing symptoms at least 10 days must pass between when symptoms first occurred and 72 hours since symptoms last occurred. In that scenario a player would likely miss a minimum of two games.

But if a player tests positive and is asymptomatic, he can return 10 days after the initial positive test or just five days if he has two consecutive negative tests.