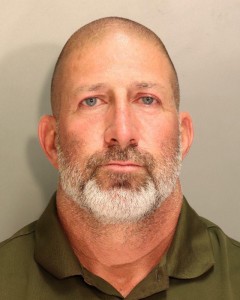 A victim, who was 17-years-old at the time, told police between April 1 – May 15, 2010 he sexually assaulted her. The victim says that he gave her alcohol, forcibly held her down at his home in the 9400 block of Greythorne Way.

Brantley is facing similar charges for a September 24 arrest. The former Macon County charged with Sexual Contact with a Student under 19 years old posted a $30,000 bond.