“This town has more enthusiasm for a local election than I’ve ever seen. There are signs everywhere. All my parents friends are always talking about it,” said Justin Baumann.

Voters elected a new mayor — a new city council president — and five new council members — to lead the city for the next four years. 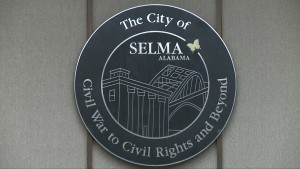 “Pastor Perkins is back the mayor. Billy Young is now the council president. And then those wards chose their ward leaders.”

“I think Selma has gone through a bit of a problems in the past, but now we are on the road to recovery.”

And now that another tense election season has come to an end — voters are basking in the feeling of optimism — that always accompanies — a new beginning.

“I think the new mayor is going to try to make change for the best. I think he knows that small business, recreation for the kids and all that is important to keep Selma going,” said business owner Salisha Parker.

“I think we gon’ have a good government this time around,” said Minter.

“The citizens of Selma just got to keep these elected officials accountable.”