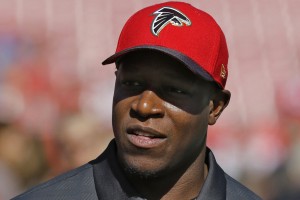 The Atlanta Falcons have announced that Raheem Morris will be interim head coach following the firing of Dan Quinn on Sunday.

“Raheem is a strong leader and a talented coach that has adapted to a variety of roles since joining the Falcons in 2015,” said Rich McKay, Falcons President and CEO in a statement on the team’s website. “He has experience as a head coach and has worked on both sides of the ball. We felt that combined with his connection to the players and coaching staff, which will be an important factor as we move forward in 2020, he was the right person to give this responsibility to.”

Morris is in his sixth season with the Falcons and his first as the defensive coordinator. He has 18 years of NFL coaching experience, according to the Falcons.

The Atlanta Falcons announced last night that Quinn and general manager Thomas Dimitroff  have been relieved of their duties, effective immediately.

The Latest: AP Source: FIU game with No. 19 Marshall is off