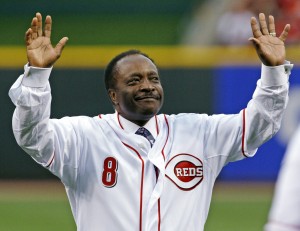 Hall of Fame second baseman Joe Morgan has died. A family spokesman says he died at his home Sunday in Danville, California.

Morgan was suffering from a nerve condition, a form of polyneuropathy.

He became the sparkplug of the Big Red Machine and the prototype for baseball’s artificial turf era. Morgan was a two-time NL Most Valuable Player, a 10-time All-Star and won five Gold Gloves. He could hit a home run, steal a base and disrupt any game with his daring.

Most of all, the 5-foot-7 dynamo known for flapping his left elbow drove a Cincinnati team featuring the likes of Pete Rose, Johnny Bench and Tony Perez to World Series titles in 1975 and ’76.

After his baseball career ended, he became a baseball broadcaster for many networks.

The Latest: AP Source: FIU game with No. 19 Marshall is off