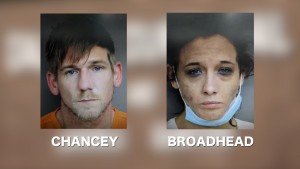 Sheriff Mike Granthum say 40 year old Matthew Chancey of Selma — and 27 year old Lisa Broadhead of Valley Grande — were arrested on charges that include possession with intent to distribute — and receiving stolen property.

He says a large amount of crystal meth — and a stolen gun was found — in the vehicle they were in — during a traffic stop.

Granthum says when deputies pulled the vehicle they were in over — Griffin hopped out and ran. 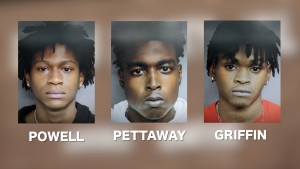 “One of the narcotics officers gave foot pursuit, was able to apprehend him. During the time they were talking to the other two subjects at the car, they noticed some drugs in the vehicle,” Granthum said.

“During the interview we found out they were transporting drugs. They had a large amount of marijuana on them.”

Granthum says drugs are directly connected to about 75 percent of the crime in a community. Therefore, if you want to make the community safer, it’s important to target drug activity.

“So if you’re dealing drugs or using drugs in Dallas County we’re coming for you. It’s going to happen sooner or later. You might get by today, you might get by tomorrow but we’re going to eventually get up to you and I can promise you that.”