The City of Montgomery has big plans for Garrett Coliseum.  Just last week, ownership of the coliseum officially transferred from the State of Alabama to the city. 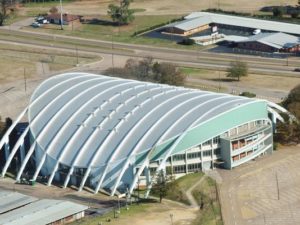 Montgomery City Council President Charles Jinright says the city did not spend any money to purchase the coliseum and the state is contributing $5 million to planned renovations.  The city plans to do $20 million in renovations to not just the coliseum, but also the barns on the property.
That will include new air conditioning, lighting, sound system and improved seating.  Jinright believes the renovations will bring new opportunities to Garrett Coliseum.

“It’s not been an asset to the city so much because it’s just been let go, and now we’ve got an opportunity to put some polish on the place and make it look better,”

Jinright says the goal is to start construction in April of next year.  He says it should be finished no later than the middle of 2023.

What the Tech? Protect Yourself from New Computer Scams

What the Tech? How to Turn a Photo into Text Using iOS 15