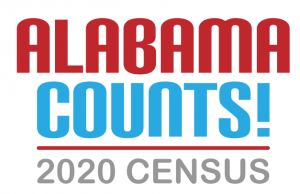 Alabama finished with an overall household response rate of 99.9%, on par with 48 other U.S. states. Self responding Alabamians represented 63.5% of this total. This is an improvement form the 2010 self-responding rate of 62.5%. Door-to-Door census takers gathered the remaining percentage.

“Over the past several months, Alabamians have come together during these challenging times to complete their 2020 Census, heeding our messages about how vital this count would be to shaping the future of our state,” Governor Ivey said. “We’re hopeful that the spirit of our citizens in this effort will translate into good news for Alabama down the road.”

The response rate includes only the percentage of households accounted for, not the number of people living in those households. The U.S. Census Bureau will release the total statewide population figures for the Alabama and all other states in the coming months, currently scheduled for Dec. 31. These figures will determine congressional reapportionment.

Shelby County at 77.8%, Madison County at 76.0% and Autauga County at 71.7% represented the highest self-response rate. Additionally, Macon County, which took home the title of Alabama Census Bowl Champion in September and $65,000 for its public-school system, finished at 52.5% for self-response.

For more information on the 2020 Census statewide efforts, visit https://alabama2020census.com.