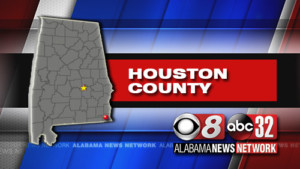 Over the past several months, three members of a drug trafficking organization operating in Houston County were sentenced to prison, announced United States Attorney Louis V. Franklin, Sr. and FBI Special Agent in Charge James Jewell. The most recent sentencing occurred this week.

This case began in July 2015 when the FBI began to monitor a suspected drug organization operating in Houston County that was responsible for obtaining wholesale amounts of methamphetamine and heroin for distribution in the local communities. Using a variety of investigative techniques, agents learned that Rudyver Garcia led the organization and that he utilized his co-conspirators, Martinez and Whitely, to assist with matters such as handling smaller transactions with buyers and transportation. According to the indictment, the drug conspiracy continued until sometime in January 2018. It is difficult to know precisely how much methamphetamine and heroin the organization was responsible for distributing during its operation. However, at Garcia’s sentencing hearing, at least five kilograms of methamphetamine and one kilogram of heroin were attributed to the organization.

The federal guidelines called for a significant sentence for Garcia in this case due to a number of factors, including the offense level of the drug charges, Garcia’s prior criminal history, and his leadership role in the drug trafficking organization. In addition, his sentence was enhanced because of the purity of the methamphetamine that he and his co-defendants were distributing. Lab reports indicate that much of the methamphetamine tested was 96 percent pure. This more potent form of methamphetamine is often called “ice” and resulted in a substantial enhancement being applied to Garcia’s sentence.

“Despite what some may believe, drug trafficking is not a victimless crime,” stated U.S. Attorney Franklin. “Not only do the drugs themselves create and feed addiction and destroy lives, but the violent behavior that inevitably accompanies the drug trade also devastates communities. Far too many innocent people are terrorized because of the actions of criminals like Garcia, Whitely, and Martinez, who have a long history in the criminal justice system. These men are dangerous and I believe the sentences imposed in each of their cases were justified. My office will continue to work with our law enforcement partners to identify drug traffickers and bring them to justice.”

“The court imposed sentences in this case should sound the alarm to those who choose to sell this poison in our communities,” stated Special Agent in Charge Jewell. “Methamphetamine continues to wreck lives all over this country and the efforts put forward by the FBI and our state, local, and federal partners in this case is nothing short of exceptional.”