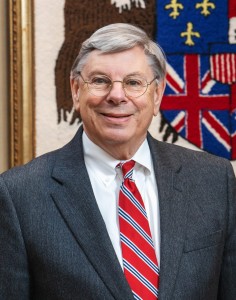 Charlie Graddick has resigned as director of the Alabama Bureau of Pardons and Paroles.

“Charlie Graddick has dedicated his entire life to public service, and he has answered the call numerous times throughout his long, illustrious career, going back to when he was elected Mobile County District Attorney at age 28.

“When I asked Judge Graddick to take on the Herculean task of turning around the Alabama Bureau of Pardons and Paroles, Charlie told me he would give it his all. And without question, Judge Graddick has laid a solid foundation by focusing on rebuilding staff morale, improving field operations and upgrading the equipment and technology that our Pardons and Paroles employees need to more effectively and efficiently do their jobs.

“While more can and will be done to improve all aspects of the important mission of the Bureau, Judge Graddick has informed me that he feels Pardons and Paroles is in a good place to hand over these responsibilities to a new leadership team, one that will be able to continue to build on the progress that has been made over the past 14 months. Therefore, on behalf of a grateful state, I want to thank Judge Graddick for all he has done and commit we will immediately begin looking for a new director who will continue making Pardons and Paroles all that the people of Alabama would expect and demand.

“Judge Graddick’s last day will be on November 30, although he has agreed to help ensure a smooth transition, once a new director has been named.”

— From the Office of Gov. Kay Ivey

COVID-19 in Alabama: Hospitalizations for Monday, Oct. 18 Fall Below 700