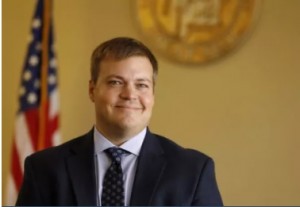 The Attorney General’s office has announced the arrest of Brandon Hughes, the District Attorney for the 37th Judicial Circuit, for perjury, an additional charge to those announced earlier. Hughes’ office is based in Opelika.

Hughes’s arrest for perjury in Montgomery follows his indictment in Lee County charging him with multiple counts of violating the State’s Ethics Act, conspiracy to commit theft of property and perjury.

On Monday, Hughes was booked in Montgomery County based on a complaint filed by the Attorney General’s office charging him with first-degree perjury for allegedly giving false testimony to the Alabama Ethics Commission.

First-degree perjury is punishable by one year and one day up to ten years in prison and a fine of up to $15,000.