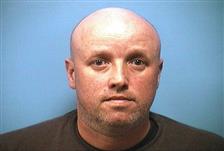 COLUMBIANA, Ala. (AP) – Evidence in court shows an Alabama man on trial for murder in the death of his wife showed little emotion after finding out she was dead.

Luigi Ragazzoni was working as an officer with the Calera Police Department at the time Kathleen Dawn West died in January 2018.

Video showed him speaking with the woman’s husband, William Jeffrey West, after her death and West appearing largely unaffected. Prosecutors say West killed the woman with a blow to the head from a liquor bottle and are asking jurors to convict him of murder. The defense says her death resulted from an accidental fall.