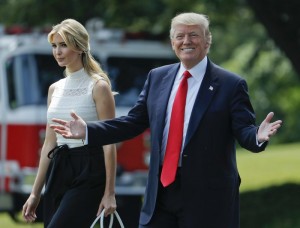 NEW YORK (AP) – New York’s attorney general has sent a subpoena to the Trump Organization for records related to consulting fees paid to Ivanka Trump as part of an investigation into the president’s business dealings.

That’s according to a law enforcement official who spoke to The Associated Press Thursday on condition of anonymity.

The New York Times reported that a similar subpoena was sent to President Donald Trump’s company by the Manhattan district attorney, who is conducting a parallel probe. Ivanka Trump tweeted that the subpoenas were “harassment pure and simple.” The Times reported that the president reduced his company’s tax liability by deducting some consulting fees as a business expense.