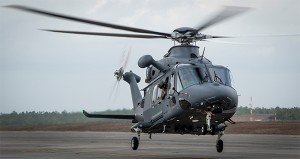 “This long-awaited news regarding the MH-139 Grey Wolf is excellent for Maxwell, the Montgomery area and the entire state,” Shelby said in a statement.

“It comes as no surprise that the 908th Airlift Wing has again been chosen to receive advanced, state-of-the-art aircraft for our Air Force.  I am pleased that Maxwell will continue this tradition with this next generation aircraft.  The decision highlights and reinforces our state’s success in supporting a robust national defense.  Not only does this support jobs for reservists and experts in the area, but it also enables economic development and future opportunities for Maxwell,” he said.

“The impact this decision will have on our community is significant,” said Montgomery Mayor Steven L. Reed. “Montgomery continues to prove that it is not only serious about its support for our military but that we are serious about our ability to look ahead, to anticipate opportunities, and to successfully compete for the projects, missions, and initiatives that will continue to carry our community and our nation forward well into the future.”

The new MH-139 Grey Wolf will serve as an update to the Air Force’s UH-1N Huey, advancing the helicopter in the areas of speed, range, endurance, payload and survivability in support of the command’s Intercontinental Ballistic Missile mission.  Additional capabilities include civil search and rescue, airlift support, National Capital Region missions, along with survival school and test support.

The first MH-139 aircraft, which will replace the aging C-130 mission currently based at Maxwell’s 908th Airlift Wing, is expected to arrive in 2023.  Those airmen currently supporting the C-130 mission in Montgomery will transition to support the MH-139.

The 908th Airlift Wing consists of over 1,198 individuals and boasts an annual economic impact of more than $60 million annually.  Maxwell’s close proximity to the Undergraduate Helicopter Pilot Training at Fort Rucker allows for increased efficiency for the Air Force.

— Information from the Office of U.S. Sen. Richard Shelby