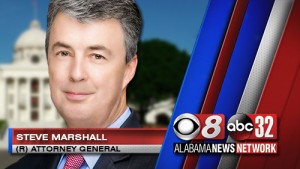 MONTGOMERY, Ala. (AP) – Alabama Attorney General Steve Marshall has filed a court challenge over Madison County’s removal of a Confederate soldier statue at its courthouse.

The Republican official announced the lawsuit Friday. He’s arguing the statue’s movement to a Huntsville cemetery violates a 2017 state law called the Alabama Memorial Preservation Act that is aimed at protecting Confederate monuments.

The Madison County Commission in October relocated the monument to Confederate soldiers to Maple Hill Cemetery in Huntsville, where Confederate soldiers are buried. News outlets reported commissioners have argued the relocation was done in accordance with state law. Marshall is asking a judge to levy a one-time fine of $25,000 for violating the law.